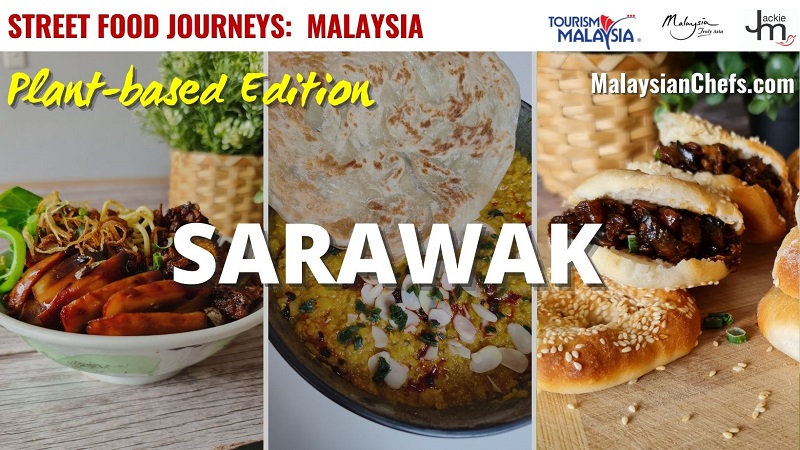 When you think of famous Sarawak food the first thing that comes to mind for most people is Sarawak Laksa – but we already did a Vegan Sarawak Laksa in Street Food Journeys Series 1, we decided instead to showcase another famous Sarawak dish, Kolo Mee, in the final episode of Series 3.

Kolo Mee is often served with minced meat and char siew (barbecued meat), so watch my cooking segment to find how I replace these with vegan options. I also demonstrate another Sarawak recipe, Kompia, which is a type of bagel that’s popular in Sibu. Kompia is commonly served with different types of spreads or fillings; I found that tweaking the vegan mince I made for Kolo Mee makes for a delicious mince filling for Kompia, so find out my suggestion on how to do so.

Masters of Malaysian Cuisine’s chef-in-training Elias Morad demonstrates how to make a vegan version of Roti Canai (flaky Malaysian flat bread) and also a quick and easy way to make the lentil dip to serve with it.

Finally, Mark O’Dea shows us some destination highlights from one of his past visits to Sarawak, Malaysia’s biggest, and in my opinion, most exotic state.

All the recipes from this series can be found in the free recipe eMagazine which was published in partnership with Tourism Malaysia. If you’d like to get your hands on all our recipe eMags, make sure you join our mailing list at MalaysianChefs.com/StreetFoodJourneys.

Don’t forget to check out the entire Street Food Journeys series, which you can find on YouTube.com/JackieM 🙂 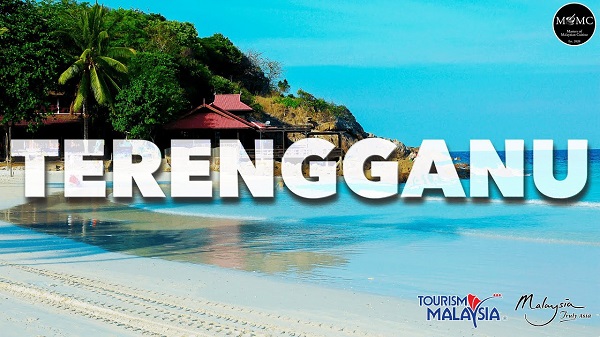 Terengganu, located on the east coast of the Peninsula of Malaysia, is famous for its pristine beaches and beautiful islands, but its food is not widely known or experienced even by Malaysians, especially those of us who live overseas. In this episode of Street Food Journeys, I rallied the help of Terengganu native and Michelin-trained… 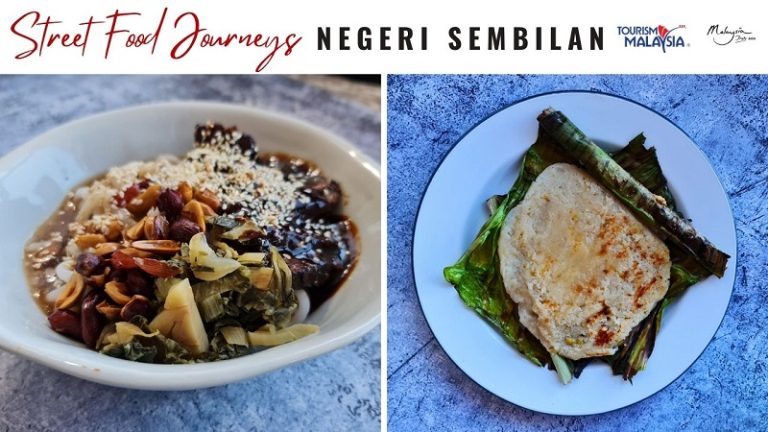 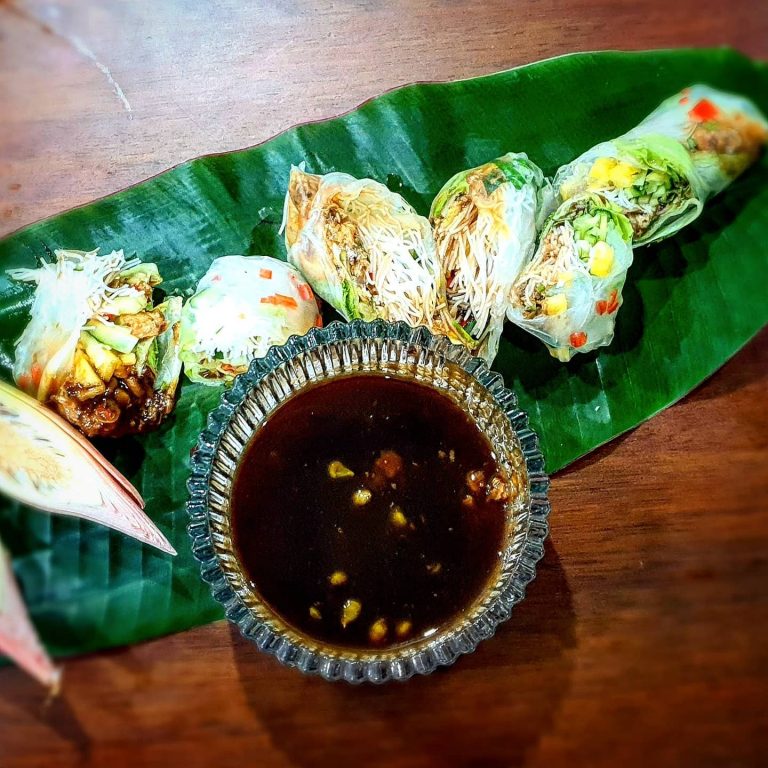 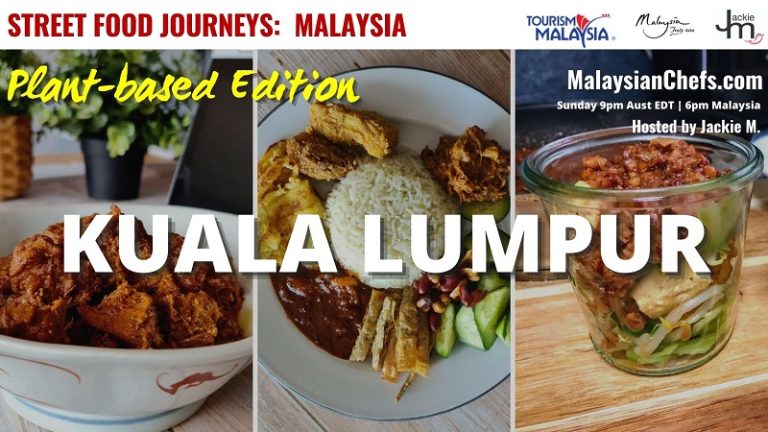 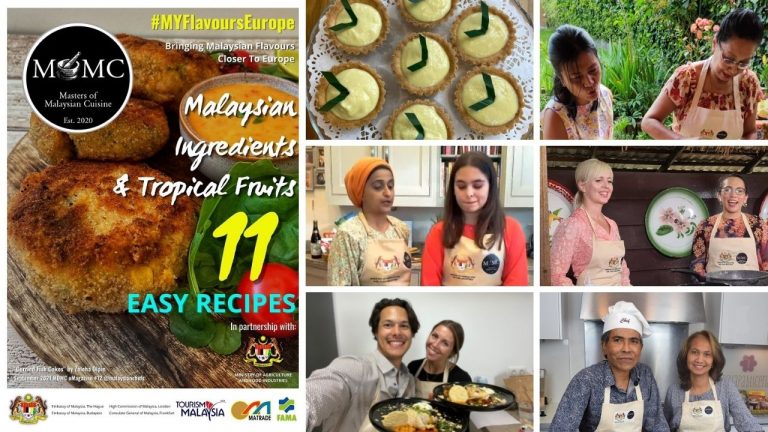 The MAFI-MOMC recipe eMagazine for our recent #MYFlavoursEurope campaign, which Masters of Malaysian Cuisine ran in partnership with the Ministry of Agriculture and Food Industries of Malaysia, is now available for you to download and enjoy for free, so don’t miss out on getting your free Malaysian recipe emag! Here’s the link for you to… 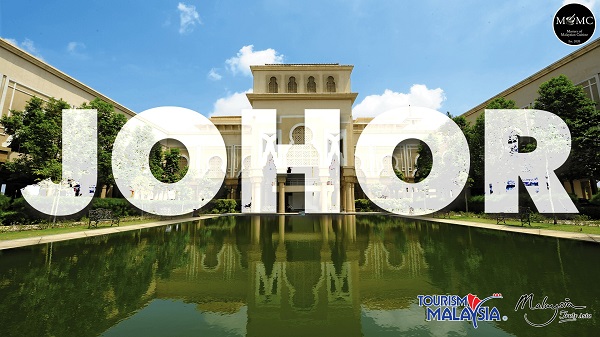